A new report by the Environmental Defense Fund (EDF) gives California’s cap-and-trade program high marks for a successful first year. While activity in the offset market was slow to develop in 2013, EDF and other market experts are predicting greater trading activity in the New Year, if the market can overcome the invalidation risk imposed by state regulators. 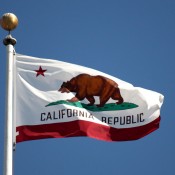 A new report by the Environmental Defense Fund (EDF) gives California’s cap-and-trade program high marks for a successful first year. While activity in the offset market was slow to develop in 2013, EDF and other market experts are predicting greater trading activity in the New Year, if the market can overcome the invalidation risk imposed by state regulators.

8 January2014 | Things were quieter than expected in the California offset market last year, but that’s likely to change in the New Year, a report by the Environmental Defense Fund (EDF) predicts.

California’s cap-and-trade program officially launched in January 2013, and the launch brought expectations of strong trading activity in the offset market because compliance entities are allowed to use offsets from uncapped sectors to meet up to 8% of their compliance obligations.

But growth in the offset market was a lot slower than expected because of a number of factors, including the limited number of offsets protocols, the high degree of care exercised by the California Air Resources Board (ARB) in the verification and issuance process, and the potential costs of buyer liability and the risk of credit invalidation as perceived by would-be buyers, according to the report. Additional obstructing factors included proposed legislation that could restrict the use of certain types of offsets, the fact that compliance entities do not need to retire any credits until November 2014 and a belief in the long-term persistence of low carbon prices in the program as a whole, EDF noted.

However, the offset market received a boost in September 2013 when the ARB announced the issuance of the first batch of certified compliance offsets, converting more than 600,000 early action credits into ARB Offset Credits (ARBOCs). As of late December, more than 2.5 million ozone-depleting substances (ODS) credits were issued, while 1.6 million plus credits were issued under the forestry protocol and 71,154 livestock digester credits were issued.

“It has taken (ARB) longer than some people may have liked to approve offset credits, but we understand that it took as long as it did because (ARB) was making sure they got it right and as a result, the offsets program should be less exposed to further litigation risk,” Morgan Hagerty, Director at investor CE2 Capital Partners, told EDF. “I expect the issuance process to be faster in the future now that the details of (ARB’s) review are clear to participants.”

The issuance of the ARBOCs was the biggest positive development for the offsets market, said Lenny Hochschild, Managing Director with brokerage Evolution Markets.

“So far, pricing in the offsets market has been stable,” he told EDF. “While the market doesn’t appear to be in high demand for offsets in the immediate future, the demand will continue to grow as the program continues to move forward and as end users realize that maximizing their percentage of offsets will save them money.”

The issuance of the first offsets was positive because the physical availability should support greater trading, but the big constraint on trading has been the principle of buyer liability, said Karsten Barde, Principal Transactor in utility Pacific Gas and Electric’s energy procurement division. The so-called buyers’ liability provisions featured in the cap-and-trade regulations allow the ARB to invalidate credits that are found to be faulty or fraudulent and require regulated entities to surrender replacement offsets for compliance.

“There is no standard agreement for seller liability yet, and market participants are still figuring out how to price that risk,” he said. “The market also needs more transparent pricing and volume information.”

In October, the International Emissions Trading Association published a free template contract for secondary market trading of California carbon products. The template contractually shifts the risk of offset invalidation from buyer to seller, with the expected result being a more liquid secondary market for offsets, according to Rick Saines, a Principal with law firm Baker & McKenzie who developed the template.

In addition, the Climate Action Reserve partnered with insurer Parhelion Underwriting last May to mitigate the risk of invalidation for ODS and livestock offsets bound for California’s compliance market, which EDF said is also contributing to an increase in development of the offsets market.

A lawsuit challenging the use of offsets in the California program was also an obstacle in the development of the offset market, but a state court sided with the ARB last year, giving market participants increased confidence in the offset program despite an ongoing appeal.

“Going into this year, there were a lot of issues still up in the air legally and from a regulatory standpoint that have since essentially been resolved or have moved forward enough that they are no longer a concern,” said Emilie Mazzacurati, Managing Director of consulting firm Four Twenty Seven. “The market has started, the sky hasn’t collapsed, and the auction platform is working smoothly, so I would say that we are in a much better place than a year ago.”

However, there is continuing uncertainty over whether there will be a sufficient supply of credible offsets to meet market demand and keep prices low in the future, said Robert Stavins, Albert Pratt Professor of Business and Government in the John F. Kennedy School of Government at Harvard University. Currently, only four protocols are allowed to produce credits under the California program: ODS, livestock, forestry and urban forestry, which has yet to produce any credits and is not expected to produce meaningful volumes for the program.

“And that’s a legitimate concern because the state has not been moving as fast as one might have thought in terms of coming up with the definitions of different types of offsets,” he said.

The ARB was expected to approve two new offset protocols last year — mine methane capture and rice cultivation— but those decisions were delayed to 2014.

“California had the good fortune of learning from predecessor cap-and-trade programs like the European Union Emissions Trading System and the Regional Greenhouse Gas Initiative,” the organization said. “The five successful quarterly auctions conducted thus far are evidence of a strong design for California’s program.”

In addition, the average price for allowances – just over $11 per tonne – suggests that achieving the cap may be less costly than some expected, EDF said.

There are several key developments to watch in 2014, namely the progress of the formal linkage to Quebec’s cap-and-trade program starting this month, EDF noted.

“The impacts of linkage will be felt in Quebec, not California,” Stavins said. “Linkage is not going to affect the California market, but will affect the Quebec market due to the relative size of the two.

“That said, I think it is important that California links with credible policies in other jurisdictions,” he continued. “They don’t have to be cap-and-trade mechanisms. They can be carbon taxes for instance. This system of bilateral bottom-up linkage is, at this point in time, the implicit future of international cooperation. Everyone is coming to accept that we’re not going to see a top-down Kyoto Protocol-like mechanism.”

Gloria Gonzalez is the Senior Associate for Ecosystem Marketplace. She can be reached at [email protected]