California’s new carbon offsetting regime is one of a growing number of government programs around the world using streamlined offsets that don’t require the creation of expensive protocols for each individual project.  It’s a practice that can slash costs and scale up offsetting – and now it’s facing its first test in court. 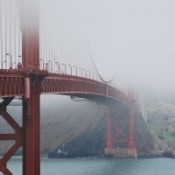 California’s new carbon offsetting regime is one of a growing number of government programs around the world using streamlined offsets that don’t require the creation of expensive protocols for each individual project.   It’s a practice that can slash costs and scale up offsetting – and now it’s facing its first test in court.

4 April 2012 | Last week, two new challenges came into view for the carbon offsets program that underlies the United States’ first economy-wide GHG cap-and-trade program. Shortly after the California Air Resources Board announced it would delay the program’s first allowance auction, another first emerged – the first of perhaps many legal challenges to the ARB’s offset program design, and a challenge with implications for emerging offset programs around the world.

At issue is whether the ARB’s so-called “performance-based” approach to generating offsets creates an incentive for people to reduce emissions or whether it just pays a bonus to people who would have reduced emissions anyway.

The performance-based approach was pioneered in the voluntary carbon market and requires just one protocol for all projects of a certain type – as opposed to the Kyoto Protocol’s Clean Development Mechanism (CDM), which requires the development of individual protocols for unique project scenarios.

Ecosystem Marketplace’s Bringing it Home: Taking Stock of Government Engagement with the Voluntary Carbon Market showed that compliance regimes around the world are turning to performance-based approaches to make their programs more practicable.

While some argue that the CDM approach is more thorough, it has historically led to bottlenecks in the assessment and approval of individual projects, prompting the United Nations Framework Convention on Climate Change (UNFCCC), which oversees the CDM, to take steps toward performance-based offsetting as well.

Two plaintiffs – the Citizens Climate Lobby and Our Children’s Earth Foundation – seek to repeal the ARB’s offsets provision, making California the first state to defend the merits of broad-based (versus project-based) tools in court.

The issue at its core, however, is as old as offsetting itself, because it asks whether a paid-for reduction is “additional” (meaning the payment made the reduction happen) or whether it would have happened even without the payment under a business-as-usual scenario. The California law, like most climate-change legislation, says that offsets can only be awarded if “the reduction is in addition to any greenhouse gas emission reduction otherwise required by law or regulation, and any other greenhouse gas emission reduction that otherwise would occur.”m

“You can’t help but be a little concerned as they are filed, it’s not a good thing, but the ‘offsets-aren’t-additional’ lawsuit was 100% expected and doesn’t look very convincing to me,” says Eugene Stumpf, Vice President at forest carbon offset supplier Equator LLC.   The concept of additional is something reasonable minds can differ on, and I’m confident CARB will bring a convincing, winning response.   Even if they lose one round I think CARB wins that one in the end.”

The protocols establish a generic emissions scenario against which all reductions in a common sector are weighed – and admitted into the program or not depending on their performance.

These protocols, all written by California’s not-for-profit Climate Action Reserve (CAR), have been used by CAR since inception. A representative from a leading standard notes that scientists, industry, academics, and other stakeholders worked together to create these CAR protocols, undergoing a lengthy development process to ensure that each protocol delivered the rigorous requirements needed to back a compliance-grade protocol. He states that the reason why performance benchmarks have not been used extensively in the past is because they are difficult to develop, and that high-level rules are not available to guide the way.

With the CDM entering its seventh year of operation, governments are claiming the benefit of hindsight and they – and recently CDM decision-making bodies, too – are going the way of California. Although still a work in progress, they feel that standardized methods present an opportunity to scale up project activity by reducing transaction costs.

Most recently, Australia’s Carbon Farming Initiative is using “positive lists” to gauge project eligibility. This standardized method automatically qualifies certain classes of project activities as additional using a positive list. Projects that implement activities on the list do not otherwise need to demonstrate additionality – which is carbon argot for proof that the offset made the project possible.

Japan, too, tested the waters for the use of positive lists with its Japan Verified Emissions Reduction (J-VER) program for voluntary trading of domestic carbon offsets. In a discussion with Ecosystem Marketplace last week, US visitors from the Japanese Overseas Environmental Cooperation Center’s market mechanisms team pointed out that standardized methods are now a central tenet of both the nation’s voluntary and bilateral offset credit mechanism (BOCM).

Under the BOCM, Japan is developing project methodologies in collaboration with partner countries that include positive lists for determining project eligibility. The nation then bilaterally invests in the early-stage projects. The BOCM has so far supported over 70 feasibility-stage projects worldwide since 2010 through two different ministries. Japan recently announced another $30 million for similar efforts in its 2012 budget.

“Positive lists were first used in the J-VER scheme and are now a part of the BOCM,” points out one OECC representative, speaking to findings from the Bringing it Home report.   “The CDM approach works for some countries, but positive lists simplify project eligibility and development in developing countries – which Japan feels is very important.”

Public Employees for Environmental Responsibility, the organization filing the lawsuit on behalf of Citizens Climate Lobby and Our Children’s Earth Foundation, says the lawsuit will test the integrity of the offset mechanism so fundamental to many greenhouse gas cap-and-trade schemes.

ARB staff has underscored the role of offsets in keeping compliance costs low. The ARB says the four CAR offset protocols will subject projects to strict scrutiny before credits are issued.

Henry Derwent, President and CEO of the International Emissions Trading Association, responded to the lawsuit in a press release last Wednesday. “If this lawsuit is successful, California citizens will end up paying more money for the same environmental benefit – what’s the point in that?” He cited the EPA’s findings that an effective offsets program can reduce costs by a factor of two or more while still meeting the most aggressive climate change targets.

He added that the ARB has already been extremely cautious about regulating offsets, and that without the ARB’s approval, many offset projects might never materialize. “I’m much more concerned about the important opportunities to reduce greenhouse gases and lower costs that are not being considered by the state, than I am about the possibility of a bad project somehow slipping through the State’s rigorous approval process.”

In an interview with Argus Media, JP Brisson of law firm Linklaters’ US environmental practice believes that the ARB should be able to demonstrate the performance-based protocols as more rigorous and accurate than the project-based approach, and fully compliant with AB 32. “Most everyone would agree – based on the CDM experience – that [the project-by-project] approach is fraught with uncertainty, prone to gaming and highly inefficient.”

If the plaintiffs have their way, the ruling will invalidate ARB offset protocols with a permanent injunction that prohibits the ARB from using its offset credits as compliance instruments under AB 32. Governments around the world may want to stay tuned, as the verdict could have interesting implications for offset programs beyond California.

Daphne Yin is a Research Assistant in the Carbon Program at Ecosystem Marketplace.Ã‚Â  She can be reached at [email protected] or +1 (202) 446-1988.