The Yurok Indian tribe became the first organization to cross the finish line in getting forestry compliance offsets approved by California’s cap-and-trade program. And the first issuance was a big one, with the tribe receiving 836,619 offsets for an improved forest management project on tribal lands. 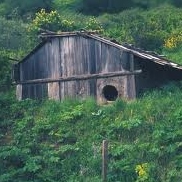 April 9, 2014 | The Yurok tribe has seen first-hand the devastation that deforestation wreaks on trees and plant and animal species living on its tribal lands. Now, with a big stamp of approval from California regulators, the tribe is hoping to tap into the carbon markets to help reverse these devastating trends.

The California Air Resources Board (ARB) on Wednesday announced that the Yurok Tribe/Forest Carbon Partners CKGG Improved Forest Management Project was the first to be issued offsets under its compliance forestry protocol. The improved forest management (IFM) project will guarantee long-term forest protection, improve forest habitat diversity, provide benefits to salmon and steelhead populations, and generate revenues for the Yurok Tribe. IFM projects are those in which existing forest areas are managed to increase carbon storage and/or to reduce carbon losses from harvesting or other silvicultural treatments.

“We have lost many of our old trees to deforestation, and numerous native plant and animal species, especially deer and elk, are struggling because of it,” said Thomas P. O’Rourke, Sr., Chairman of the Yurok Tribe. “This forest carbon project enables the Tribe to help transition these acres back into a tribally managed natural forest system where wildlife and cultural resources like tanoak acorns, huckleberry, and hundreds of medicinal plants will thrive.”

The ARB’s compliance protocol was developed based on a version originally created by the Climate Action Reserve (CAR), which acted as the Offset Project Registry for the Yurok project.

Click here to continue reading on the Forest Carbon Portal.