The Brazilian state of Acre recently passed sweeping legislation that promotes sustainable development by incorporating the value of nature’s services into the state-wide economy.  It’s a law that grew from the ground up, but it will only work if everyone from regulators and technical staff to landowners, land users, and communities can learn some fairly complex concepts – and fast. 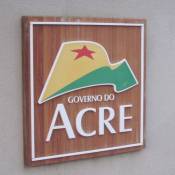 7 December 2010 | CANCUN |   When the Acre state legislature passed a law launching an ambitious new System of Incentives for Environmental Services (Sistema de Incentivo a Serviços Ambientais, or “SISA”) by an overwhelming majority of 17-2, Eufran Ferreira do Amaral knew he had his work cut out for him.

Even prior to passage of the law, it also meant setting in motion the mechanisms that would educate millions of citizens and hundreds of thousands of businessmen about complex subjects such as ecological-economic zoning; payments for ecosystem services (PES); and carbon sequestration measurement, reporting and verification (MRV).

That’s because SISA is an intricate – and integrated – system of economic incentives for good land stewardship.   It creates a framework for the entire state of Acre, within which laws and regulations can be created for payments that flow to people who manage the land so as to capture carbon, preserve biodiversity, and manage watersheds, among other things.   Use of PES will be phased in over a period of five years, but it starts by harnessing carbon credits for activities that reward landowners who reduce greenhouse gas emissions from deforestation and forest degradation (REDD).

Toward a Forest-Based Economy

Though momentous, SISA does not represent a sudden policy change for Acre. Rather, it is merely the most recent in a long series of efforts by the state to preserve and restore Acre’s forest resources, while transitioning to a sustainable, forest-based economy.   Indeed, the state pioneered performance-based schemes that reward good land stewardship and sustainable agriculture.

As elsewhere in the Amazon, deforestation in Acre is an issue that has, at times, seemed intractable. Part of the problem is a matter of scale: 85% of deforestation in the state is happening in areas of less than five hectares. Even if it were feasible, strict enforcement against the individuals and entities responsible is not a viable option. Rather, the drivers of deforestation must be addressed in order to avoid simply displacing harmful activities. SISA’s drafters also clearly saw the need for an approach that advanced economic and social goals alongside the environomental ones.

One of the notable aspects of the new law is its highly participatory development. After releasing draft guidelines in December, 2009, state officials held workshops with indigenous peoples, extractivist groups, smallholders, NGOs, and research organizations with the goal of educating stakeholders and gaining their perspectives on the law. At the same time, Acre solicited comments from international institutions and organizations. Among those responding to the call, environmental non-profit organization Forest Trends (publisher of Ecosystem Marketplace) tapped its network of PES experts to complete an in depth review of the draft framework.

In all, the consultation process generated more than 350 concrete recommendations on everything from incentive structure to environmental service valuation, conservation priority-setting, and governance. The final law incorporates many of these recommendations.

Of course, successful implementation is about more than just getting the law right. Especially with something like SISA, which creates new institutions and frameworks and embraces the cutting edge in PES, building capacity for both the regulated and the regulators is indispensable.

From the start, capacity building around these issues has been a priority. A SEMA training workshop for community-based organizations in the summer of 2009 was an early effort to help “increase capacity of local landholders to engage in the PES-Carbon Program,” says Beto Borges, whose Communities and Markets program at Forest Trends was a co-organizer.

The importance of internal capacity building for government technical staff has also not been ignored. Immediately after ratifying SISA, Acre’s Environmental Secretary joined forces with Forest Trends again to conduct a 1 week long course   in the state capitol Rio Branco on PES & REDD. The course, Capacity Building in PES for Acre Government Technical Staff, covered key issues on climate change, the evolving national and international regulatory framework, key elements of PES & REDD such as project design, safeguards, monitoring, verification and, of course, an in depth overview of the new law.   “This special training, shows Acre’s commitment to implement the new law in practice, as we trained the very technicians responsible to transfer its concepts into the daily reality of those living and working in the state forests,” says Beto Borges.

Now, the state is working to get the word out to a larger audience in the state, some of whom may not be reached by targeted trainings and workshops. For this reason, the course was videotaped and publicized on the Acre government TV channel. Acre plans to build on this workshop with continued outreach and training.

SEMA estimates that implementation of Acre’s state environmental services incentive system will require USD$600 million in the first 15 years. The   Brazilian federal government has pledged to covler part of the cost, but the bulk will have to come from private-sector investors and in the form of carbon credits and other payments for ecosystem services, as well as philanthropy. The money will flow through a fund, called the Agency for Development of Environmental Services (Agíªncia de Desenvolvimento de Serviços Ambientais), which has been set up to function as a private enterprise but with government oversight on social issues and quality controls.

Details of how carbon and other PES projects will operate in practice and how funds will be distributed have yet to be worked out via regulations. Planned programs and subprograms, such as the indigenous carbon program that is in early planning stages at the State Secretary of Environment, have yet to be established. Nevertheless, SISA’s passage is a major milestone for PES and, one hopes, for reversing deforestation trends in Acre and the Amazon, a model to be followed worldwide.

Katoomba and the Economics of Rainforest Preservation
The Cuiabí¡ Declaration
Climate Change and Forestry: a REDD Primer
Setting up Nest: Acre, Brazil, and the Future of REDD
How Wonks and Bean-Counters are Helping to Save the Environment