"Blue Carbon" ecosystems such as mangroves, marshes, and seagrasses store most of the carbon buried in marine sediments and generate ecosystem services valued at more than US$25 billion annually – but they are disappearing at rates up to ten times faster than tropical rainforests. A new report outlines the science of blue carbon ecosystems – and the role that environmental finance can play in their salvation. 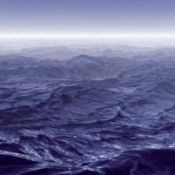 “Blue Carbon” ecosystems such as mangroves, marshes, and seagrasses store most of the carbon buried in marine sediments and generate ecosystem services valued at more than US$25 billion annually – but they are disappearing at rates up to ten times faster than tropical rainforests. A new report outlines the science of blue carbon ecosystems – and the role that environmental finance can play in their salvation.

28 October 2009 | The ability of living ecosystems to reduce global warming by capturing carbon is a hot topic these days and will be center-stage at climate change talks set to culminate in Copenhagen this December. In fact, it’s nearly certain we’ll see some global provisions for using payments for ecosystem services (PES) to promote reduced emissions from deforestation and forest degradation (REDD).

But little attention will be paid to coastal ecosystem services, the value of which has been estimated at more than US$25,000 billion annually, according to Blue Carbon: The Role of Healthy Oceans in Binding Carbon, a report produced as an inter-agency collaboration between UNEP, FAO, and IOC/UNESCO, with special invited contribution of Dr. Carlos M. Duarte, Institut Mediterrí¡ni d’Estudis Avançats, Spain.

“As with forests, we are rapidly turning that blue carbon into brown carbon by clearing and damaging the very marine ecosystems that are absorbing and storing greenhouse gases in the first place,” the report states, before plunging into a detailed analysis of the means by which slivers of marine biomass capture more carbon than vast rainforests – and more permanently because the carbon is then driven into the ocean floor.

“The carbon captured by living organisms in oceans is stored in the form of sediments from mangroves, salt marshes, and seagrasses,” the report continues. “It does not remain stored for decades or centuries (like for example rainforests), but rather for millennia.”

Beyond carbon, coastal ecosystems, such as coral reefs, form the basis of the world’s primary fishing grounds and provide vital nutrition for close to three billion people, as well as 50% of animal protein and minerals to 400 million people of the least developed countries in the world – all of which contribute to ecosystem services valued at more than US$25 billion per year.

“By preventing the further loss and degradation of these ecosystems and catalyzing their recovery, we can contribute to offsetting 3-7% of current fossil fuel emissions in two decades – over half of that projected for reducing rainforest deforestation,” the report concludes.

The Urgency of Now

The environmental community has managed to create trustworthy methodologies for measuring the carbon captured in trees, but methodologies for measuring carbon captured in marine ecosystems are just now coming into existence – thanks in part to efforts by the International Union for the Conservation of Nature (IUCN), which also contributed to the report.

Such efforts, however, are not moving fast enough. Indeed, blue carbon sinks are disappearing at a rate of between two and seven percent per year, a seven-fold increase over just a half-century ago.

“If more action is not taken to sustain these vital ecosystems, most may be lost within two decades,” the report warns. “Halting degradation and restoring both the lost marine carbon sinks in the oceans and slowing deforestation of the tropical forests on land could result in mitigating emissions by up to 25%.”