Canada is inching towards the creation of a national cap-and-trade scheme, and – not surprisingly – it resembles those bouncing around the US, complete with provisions that recognize credits from projects that deliver environmental benefits above and beyond the law, even if they aren’t "additional" in the classic sense. EM Examines the proposals in detail. 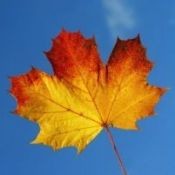 Canada is inching towards the creation of a national cap-and-trade scheme, and – not surprisingly – it resembles those bouncing around the US, complete with provisions that recognize credits from projects that deliver environmental benefits above and beyond the law, even if they aren’t “additional” in the classic sense. EM examines the proposals in detail.

15 October 2009 | As autumn settles in across North America and shafts of light pierce the economic gloom hanging heavily across the land, chirps of interest are again heard across the Canadian offset landscape. Existing players that have weathered the downturn are stretching their wings, expanding their reach, ready to vie for dominance. Nimble, newly-hatched enterprises are snapping up niches and planning to give all players a run for their money. The release of guidance around a future federal offset system provides grist to the mill – and fuel to the fire of this developing industry.

Updated guidance from the Canadian federal government on their planned Offset System for Greenhouse Gasses lays out rules for projects hoping to create offsets into a Canadian cap-and-trade system. Two guides, “Program Rules and Guidance for Project Proponents” and “Program Rules for Verification and Guidance for Verification Bodies” have joined last year’s “Guide for Protocol Developers”. Here’s a summary of what you’ll find in those guides.

Greenhouse gas reductions or removals must occur in Canada. The guidance at present does not contemplate the inclusion of foreign projects into the Canadian Offset System.

Projects Only in Uncapped Sectors

The Offset System is designed to encourage cost-effective domestic greenhouse gas reductions or removals in activities or sectors that are not covered by the planned federal greenhouse gas emissions regulations. The documents go on to suggest various types of agricultural, forestry, and methane management-type projects.

This direction sheds a little light on a topic not oft-discussed: namely, many of the offset projects being developed and promoted today in North America will no longer be eligible for offset once there is a cap in place.

A key issue here is that of double-counting. Under a national cap, any emissions reductions claimed by energy-efficiency projects would also be registered as reduced demand by the regulated gas and electricity utilities that supply the newly retrofitted building. The utility would have a correspondingly easier time meeting its own carbon cap via reduced energy demand, effectively “double-counting” the project’s emissions reduction. It’s not yet clear how this arena will ultimately play out, but it does seem clear that ecosystem-based projects are primed for increased demand and investment in the North American market.

The Role of the Minister of Environment

The Government of Canada will administer the Offset System under the Canadian Environmental Protection Act of 1999. In particular, the Minister of the Environment will have overall responsibility for the design and operation of the system and will therefore be responsible for, among other things:

• registering projects that are likely to satisfy the Offset System eligibility criteria;

• establishing a system for tracking all offset credits from issuance to retirement.

Over time, the Minister may arrange for some of these functions to be undertaken by private-sector service providers with government oversight.

Market-watchers and students of things political may raise an eyebrow at the “Minister”-focused language of the proposed Offset System. Where the Clean Development Mechanism (CDM) of the Kyoto Protocol has an Executive Board plus overarching UN support, power and influence do seem tightly controlled in the Canadian system. One might imagine that many project developers stuck thick within the CDM process would applaud such a streamlined approach. Others might feel otherwise. Sentiment would likely vary based on the level of trust one had in the agenda and competence of the political party in power. In Canada, the Minister of Environment holds a cabinet position filled from within the ruling party.

To be eligible to receive offset credits, projects must be within the scope of the Offset System and must achieve real, quantifiable, verifiable, unique, and incremental reductions of greenhouse gases.

The first three tenets are standard across all offsetting systems:

“Real” refers to the fact that claimed emissions reductions/removals must be as a result of a specific and identifiable action.

“Quantifiable” requires that emissions reductions/removals can be counted within an accepted quantification protocol.

“Verifiable” refers to the ability of an accredited third-party auditor to be able to see proof that the claimed emissions reductions/removals actually took place.

In order to be “unique”, emissions reductions/removals must be claimed as an offset only once and not also under any other regulatory or voluntary carbon system. This requirement also generally stipulates that to be valid, the offset must be listed on a carbon registry which tracks offset origin and safeguards the process from double-selling.

Where the Canadian Offset System deviates from most carbon offset systems currently in existence is its requirement for offsets to be “incremental” rather than “additional”.

This marks a significant departure from the policies of the CDM, VCS and others, but tacks closely with the “performance standard” approach adopted by California’s Climate Action Reserve and favored by the United States. In order to evidence “additionality”, a project developer must prove that the offset project could not go ahead without the money generated by the sale of offsets, or by the surmounting of other barriers due to it being a climate change offset project.

The “incremental” approach takes a simpler path whereby emissions reductions/removals must only be proved to be in excess of legislated requirements and generated by a project that is more advanced than the majority of operations in its sector. For example, most dairy farms in North America store manure in open lagoons where methane is offgassed, contributing to climate change. Under an “incremental” requirement, a project developer may install equipment to seal over this lagoon, use the methane to generate electricity and be eligible to receive offsets for this action. Even though this project might make economic sense in absence of the offset revenue (potentially disqualifying it from crediting in a program requiring “additionality”), it can create offsets because most farms do not take such emissions reduction measures.

The Canadian Offset System will include a wide range of Agricultural and Forestry projects. Indeed, such projects may make up the majority of the program, as offset projects in capped sectors are ineligible. A number of safeguards are put in place to ensure that biological sinks projects generate a long-lasting climate benefit.

The project proponent, for example, must furnish replacement credits if there is a sequestration reversal any time during the registration periods and for 25 years beyond.

A yet-to-be-determined discount factor shall be imposed whereby a project must maintain a reserve of unsold offsets that can be used in the event of a sequestration reversal.

Project Proponents must provide the Minister of the Environment with regular certification statements that evidence the sink has been maintained, although verifications will not be necessary during the 25-year liability period.

Projects must have started no sooner than January 1, 2006, and are eligible to receive offset credits from January 1, 2011 onwards. Project registration period is of an eight-year duration. For projects registered before January 1, 2011, the crediting period will begin on that date and extend eight years from the registration date.

Canada has chosen to build its Offset System around the framework and principles of the international standard ISO 14064-2, Specification with Guidance at the Project Level for Quantification, Monitoring and Reporting of Greenhouse Gas Emission Reductions or Removal Enhancements. This allows the system to benefit from the international recognition and respect of the peer-reviewed ISO 14064-2 standard while tailoring the overall Offset System to national realities and federal policy directives. ISO 14064-2 is a program-neutral, standardized approach for quantification, monitoring, and reporting of greenhouse gas offset projects, which also forms the basis of the Voluntary Carbon Standard.

• Accuracy: Reduce bias and uncertainties as far as is practical.

• Conservativeness: Use conservative assumptions, values, and procedures to ensure that greenhouse gas emission reductions or removal enhancements are not over-estimated.

The documents released by the Canadian Federal government represent an outline of the intentions and policy in place guiding the creation of a national Offset System. The use of the ISO framework gives an internationally recognized structure upon which a functioning system can be built. Guidance around crediting periods, implementing authority, and the requirement for projects to be based in Canada begin to lay out the details. Exclusion of projects in capped sectors, as well as guidance regarding permanence give indication as to what types of projects are likely to be forthcoming.

There is still much detail to be generated, debated and finalized before Canada has a functioning Offset System. There are many “game changing” elements that could yield a complete reconsideration of the Canadian system. Adoption of a combined North American standard, a national re-commitment to the UN Process, or simply further governmental delay could all impact the eligibility of projects tailored to this proposed Offset System. Project developers will tell you that uncertainty is the only constant in the realm of standards, rules, and system design. Smart players on the landscape will be looking to guidance provided by the documentation surrounding the Canadian Offset System for Greenhouse Gasses and plotting a course from there.