As fútbol fans tune in for the World Cup, host country Brazil’s emissions have also been in the spotlight. The International Federation of Association Football (FIFA) pledged to offset all direct emissions from the event, while local companies and foreign visitors alike have been encouraged to offset their impact. Local project developer, Mariama Vendramini of Biofílica, says this represents one of several initiatives that has helped increase domestic interest in forestry offsets. 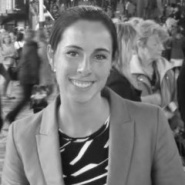 As fºtbol fans tune in for the World Cup, host country Brazil’s emissions have also been in the spotlight. The International Federation of Association Football (FIFA) pledged to offset all direct emissions from the event, while local companies and foreign visitors alike have been encouraged to offset their impact. Local project developer, Mariama Vendramini of Biof­lica, says this represents one of several initiatives that has helped increase domestic interest in forestry offsets.

18 June 2014 | While emissions reduction projects are dispersed across the world’s fifth largest country, recent initiatives have caught the attention of local businesses. In addition to FIFA’s offsetting goals, Brazil has encouraged private companies to donate offsets for the World Cup. So far, 11 companies have received a Low Carbon seal – representing 30% of the estimated emissions generated – to use in advertising during the games. This marks the first time private sector donations have been used in the quadrennial event.

Mariama Vendramini, Finance and Commercial Director of Biof­lica, spoke to Ecosystem Marketplace’s Kelley Hamrick about the impact of these and other trends in Brazil. Biof­lica, a Brazilian company working to conserve the rainforest through environmental markets, has currently invested in and developed five REDD projects throughout Brazil’s western states.

KH: What have you seen in the Brazilian market this year? MV: We’ve been seeing a scattered market. We’ve seen demand mostly for small volumes and corporate social responsibility (CSR) purposes. We have our national plan on climate change that, within other activities, sets a cap on important sectors of Brazil’s economy: the largest emitters from sectors such as industry, agriculture, mining and transportation. So far they are in the phase of inventories development. On average and except land use, they have a 5% reduction target over the estimated level of emissions in 2020 considering 2005 as a base year. So that’s what’s happening on the compliance side. While this happens, companies that are more consumer-driven will do their CSR activities and some of them are considering offsets. So there are a few companies that have been steadily buying volumes on the voluntary market.

MV: We have domestic companies but we also have Brazilian branches and subsidiaries of multi-nationals. So it’s not only Brazilians, but Brazilian companies are main front runners in sustainability. All are still learning what REDD+ is. We’ve found a little bit of skepticism from these companies because REDD+ was out of Clean Development Mechanism and we had all these struggles with technical aspects. But this changed as companies are getting to know more about REDD+, technical issues have been rapidly evolving and as the Warsaw Platform for REDD+ brought legitimacy by turning REDD+ into a wide accepted tool to tackle climate change under the United Nations Framework Convention on Climate Change. People are getting to know REDD+ better and understanding that projects and programs on the ground need to be carried out so that local realities can be changed and result in aggregate decline of deforestation.

Natura, a Brazilian company, bought significant amounts from the Surui project last year and this was good as a signal to other companies. Other examples come from the Brazilian chain of gas stations Ipiranga, Brazilian subsidiaries of the French Ticket Edenred and of the Spanish Santander. There are other companies moving the market with lower volumes still but as they get to know the mechanism more, they are getting more interested. But we’re still on the way with it. There are a few issues that need to be demystified: first is the carbon management itself, then the use of offsets and afterwards advancing towards REDD+ as a high value added type of offset. This is where we are in the Brazilian market today.

KH: The World Cup might help with awareness, right?

MV: Exactly. And we see that there are a few prompts that are being developed in parallel with each other. There is the Brazilian government buying CERs and asking for companies to donate those CERs to be retired in the name of the government. An official stamp will then certify to the public that Brazil’s official emissions were made neutral.
There’s also FIFA’s initiative to offset their emissions in a program managed by BP Target Neutral. Then there are other initiatives driven by sponsors on their own emissions, such as the one done by TAM Airlines on offsetting their flights during the World Cup.

KH: Any other developments?

MV: We are also working with IPAM and GCP on the development of a Brazilian business case for an interim finance facility for REDD+. It would work as a linkage between what we have of forest supply that is being developed until 2020 and the potential Brazilian emissions reductions market that we are assuming will start operating in 2020. Our climate change national policy already mentions a Brazilian market as a tool to reduce emissions, and we are building upon that with a proposition of a viable mechanism to finance forestry emissions reductions generated until 2020. We’re working in many ways to scale up demand for REDD+.

KH: What are your future predictions about demand? Will these policies help?

MV: Demand will rise as public awareness grows with examples such as the World Cup’s, Natura’s and other companies’ activities on the voluntary market. And it has a shifting potential with a push from the to-be-established Paris agreement. Despite of the level of commitment to be assumed, we are already seeing the development of local mechanisms to price carbon that are popping up around the world pushed by this trend. We are seeing it happening within countries that had no reductions commitments under Kyoto. New pricing mechanisms being established around the world, recognition of REDD+ under the Convention and the increasing gap of emissions reductions needed to be made to keep us under a secure level or temperature increase put us in a path where demand for REDD+ will have to scale up.