Soil carbon credits offer the promise of better land management across millions of hectares of farmland, and they are a central focus of the International Conference on Agriculture, Food Security and Climate Change taking place this week in the Hague. But how does it work, and can carbon markets make it a reality? 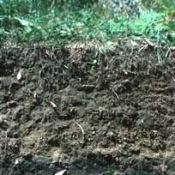 1 November 2010 | Steve Apfelbaum has spent the last two decades restoring the vanquished prairies of the American Midwest. One way to do this, he thinks, is to lock carbon in the dark black clods of prairie dirt. A decomposing mixture of plant matter, minerals, rock and billions of microorganisms, this rich soil recycles carbon dioxide from the air back into the earth. Yet centuries of deforestation, plowing, and overuse in the Midwest and around the world have released billions of tons of carbon into the atmosphere and damaged the land’s ability to produce.

Advocates for soil organic carbon (SOC) see a chance to reverse this trend, and in the last 12 months, a flurry of new methodologies and prospective projects have been announced to help restore soils, boost yields and lower the cost of greenhouse gas (GHG) mitigation.

Keeping organic matter in the soil, however, is no easy task in a world that needs to disrupt the earth to feed people. Soil carbon practices must enhance crop yields while moderating plowing, fertilization and other favorites of conventional monocropping. In natural ecosystems, fires or drainage can be prevented, and natural vegetation regrown.

– the blueprints to design, certify, and operate carbon projects

– are awaiting validation under the Voluntary Carbon Standard (VCS), with several more in the pipeline. Canada’s Alberta Province has three approved protocols, and several more under study, while several regional US systems have joined the CCX in developing ways to claim carbon credits through soil sequestration. US federal agencies like the Environmental Protection Agency and the United States Department of Agriculture (through its Climate Change Program Office) are throwing research dollars behind the effort, and private sectors are pioneering ways to measure, monitor and enhance SOC

– and turn a profit from it.

One of these is Apfelbaum.

His firm, Applied Ecological Services (AES), has restored landscapes and reclaimed mines or landfills in the US for years. Through a consortium called