Today we celebrate the 42nd Earth Day – an event that also marks nearly 40 years of ecosystem markets.  Here’s a look at some of the highlights we’ve achieved since April 22, 1970.  We’ll leave the low-lights for another day. 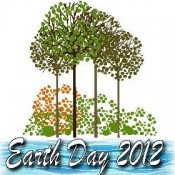 Today we celebrate the 42nd Earth Day – an event that also marks nearly 40 years of ecosystem markets.   Here’s a look at some of the highlights we’ve achieved since April 22, 1970.   We’ll leave the low-lights for another day.

It’s been 42 years since US Senator  Gaylord Nelson  held an environmental teach-in  that became an annual event.   In 2009, the United Nations declared April 22 as the official date of Earth Day – although American environmentalist John McConnell  held what many consider to be the true first Earth Day one month before Nelson held his.

A revolutionary piece of legislation, the CWA set a course “to restore and maintain the chemical, physical, and biological integrity of the Nation’s waters” by forging a partnership among federal agencies, state agencies, and the private sector – and implementing a permitting system that led to wetland mitigation banking and the creation of water quality initiatives across the country.

The system is built on a policy of “no net loss” of wetlands that requires anyone looking to dredge wetland to first apply for a permit through a program administered by the US Army Corps of Engineers and the US EPA. Then, if a permit is granted, the developer must “establish, enhance, restore or preserve” an amount of wetland equal to or greater than what is being dredged – usually in the same watershed.

The ESA was a complete redrafting of earlier legislation and aimed to protect both species and “the ecosystems upon which they depend.”   It is administered by the United States Fish and Wildlife Service (FWS) and the National Oceanic and Atmospheric Administration (NOAA), with FWS handling its implementation on land and freshwater fish and NOAA handling its implementation along the sea.

Like the CWA, it restricted development in areas where endangered species lived, but granted permission in special cases – but only if the developers agreed to compensate for any damage or loss of species and biodiversity by recreating the destroyed ecosystems.

Over time, this evolved into what we now know as habitat banking.

Water quality enforcement in the years after the CWA’s enactment depended heavily on a ‘command and control’ approach that targeted heavily polluting point sources, such as factories discharging waste into a river through a single pipe.

Regulation has seen a sea change in recent years, gradually shifting to an approach that focuses on using flexible instruments, incentives, and addressing diffuse point sources of pollution like stormwater runoff. Water quality trading, which uses market mechanisms to find the most economically efficient cleanup strategy, is a part of this new generation.

In both water and species, mitigation banks are ecosystems that have been pro-actively established, enhanced, restored, or preserved with the goal of generating credits that can be sold to developers later as offsets.

Habitat banking has now spread to the United Kingdom and elsewhere,

By the late 1980s, a few green businesses has begun teaming up with environmental NGOs to launch the first REDD projects – offsetting carbon emissions by saving endangered rainforest.   This was the beginning of today’s voluntary carbon markets.

By 1994, the state of California had implemented it landmark Regional Clean Air Incentives Market (RECLAIM) – a cap-and-trade program for nitrogen oxides (NOx) and sulfur oxides (SOx) that slashed emissions that caused acid rain faster and further than expected and at a fraction of the projected cost.

Then came the Kyoto Protocol and its Clean Development Mechanism (CDM) – the first attempt at a global cap-and-trade regime for greenhouse gas emissions, and an inspiration for regional cap-and-trade programs from California to New South Wales, Australia.   These new markets took lessons from both the CDM and the Voluntary Carbon Markets to create programs that are less cumbersome than the CDM market but backed by government mandate.

Steve Zwick is Managing Editor of Ecosystem Marketplace.Ã‚Â  He can be reached at szwick@ecosystemmarketplace.com.
Please see our Reprint Guidelines for details on republishing our articles.